Participated and Addressed Hindu Adhivesh organized by Hindu Jan Jagruti Samithi In Goa, Addressed the Adhiveshan and here are few points discussed during the Adhiveshan

Hindus have to get united and see to that we get Akhand Hindu Rashtra, Ram Mandir at Ayodhaya and Total Ban on Cow Slaughter,

Every hindu has to learn from the greatness of Shivaji Maharaj who laid the foundation of Hindu Rashtra after centuries of Mughal Rule. 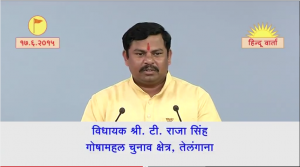 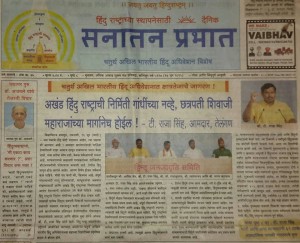