Participated in the protest organized by National Hindu Movement & Hindu Janjagruti Samithi at Dharna Chowk. The protest was for the following

1. Protest against Hyderabad MP Owaisi who supported Terrorist Yakub Memon, and to Book case against him under National security Act.

2. Protest to cancel the permission for “Shaan e Pakistan” event which will be organized next month in Delhi.

3. Demand to arrest people who are threatening Me and My Family

On this occasion I addressed the gathering and interacted with media.

We Indians should NOT allow anything which praises Pakistan on Indian Land .. “Shaan E Pakistan” event should be cancelled. 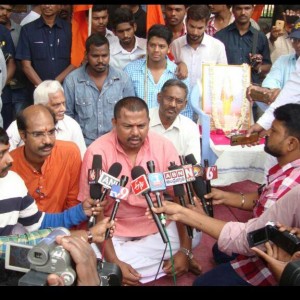 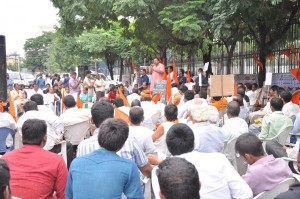 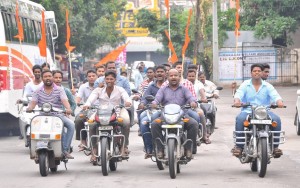